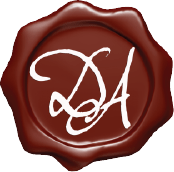 We bring together the industry's most seasoned professionals & skilled tradesmen with a long-standing tradition of exceptional craftsmanship, outstanding project management, and award-winning projects defined by artisanship and quality to turn dreams into reality.

“We are thrilled to have the opportunity to partner with a group of individuals who are so passionate about preserving our nation’s historical sites. This station represents a unique piece of East Coast history, we are grateful to have the privilege to bring it back to its former glory.” Taylor Classen, Partner, Delbert Adams Construction Group (DACG) Commercial Division.

On Friday, April 23rd, the Delbert Adams Construction Group Commercial Division attended a ceremony to mark the beginning of a 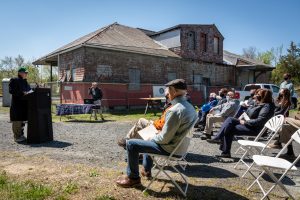 long-planned project; the restoration of the B&O Railroad’s historic Aberdeen Station. The station, opened in 1885, was designed by the renowned 19th-century architect (and Civil War Congressional Medal of Honor recipient) Frank Furness and was built in the Queen Anne style of architecture. Between 1889 and 1958, the station ran passenger steam engine trains on the Royal Blue Line between Washington and New York as well as Baltimore and Philadelphia, along the B&O Railroad. After 1958 the station was no longer open for passenger travel but was instead used for storage, freight, track gangs/rail spikers, and signal maintainers until the early 1990s. Since then, the building has unfortunately sat empty. 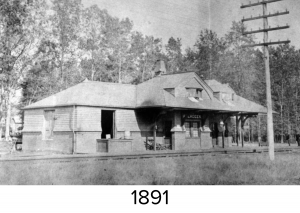 Despite its vacancy, the Aberdeen station carries tremendous historic value as the last wooden station remaining on the Baltimore to Philadelphia line, as well as one of the only stations designed by Frank Furness that is still standing. This value is very apparent to the strong-willed group behind the restoration, aptly named The Friends of the Aberdeen B&O Train Station.

The inspiration and impetus to save the station, as well as many of Aberdeen’s other historical sites, was spearheaded by three women: Charlotte Cronin (96 years old, born in 1925, an eighth-generation resident of Aberdeen and founder of the Aberdeen Room Archives and Museum), Barbara Baker (100 years old, born in 1921, an avid lover of Aberdeen and the surrounding Proving Grounds) and Phyllis Grover, Aberdeen’s Director of Planning and Community Development.

An impassioned group of individuals, which was comprised of many local residents many of whom can remember the station in its heyday, along with the Harford County Historical Society, worked tirelessly to save the station from demolition in 2003. In 2015, the Harford County Historical Society took ownership from CSX transportation, and at their behest, organized an effort to have the building moved back from the railroad tracks onto a new foundation, leaving more room for modern, wider, train cars. Not long after this, in 2017 the group, now officially named The Friends of the Aberdeen B&O Train Station, formally took ownership of the station. After many years of fundraising and community engagement, the group is now very excited to begin the structural restoration of the building. This first phase of restoration was made possible by a generous grant from the Maryland Historic Trust as well as individual donations from throughout the community. This phase will include solidification and reinforcement of the structure as well as repairs to the roof.

The team would eventually like to fully restore the inside of the structure as well as landscape the site and create walkways made from bricks that were saved from the original platforms and parking areas around the station from when it was next to the tracks. The station, which sits on a main road in Aberdeen that is flanked by many historical homes and buildings, will further add to the assemblage of well-maintained historic sites in this notable city.

Our team is thrilled to partner with The Friends of the Aberdeen B&O Train Station, the team at David H. Gleason Associates Inc. as well as the Aberdeen community and governing board to restore the historic Aberdeen station.

Below is an interactive model of the Aberdeen Station along with images of the station, from the event and of the initial work started on May 4th. Thank you very much to Kilby Imaging for many of these images as well as the 3D Model of the station! 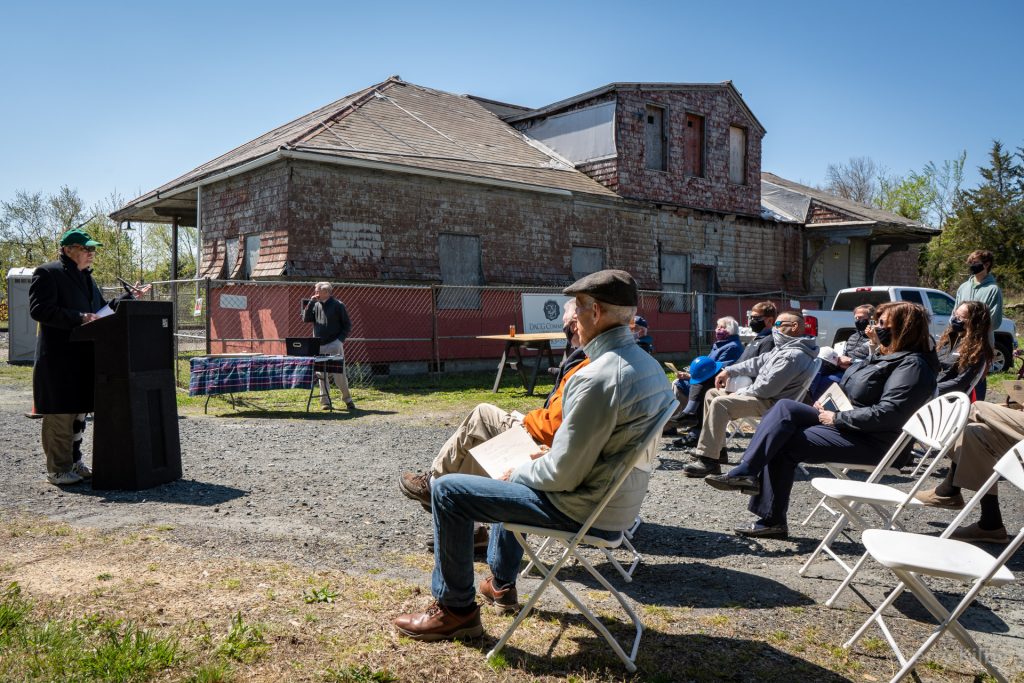 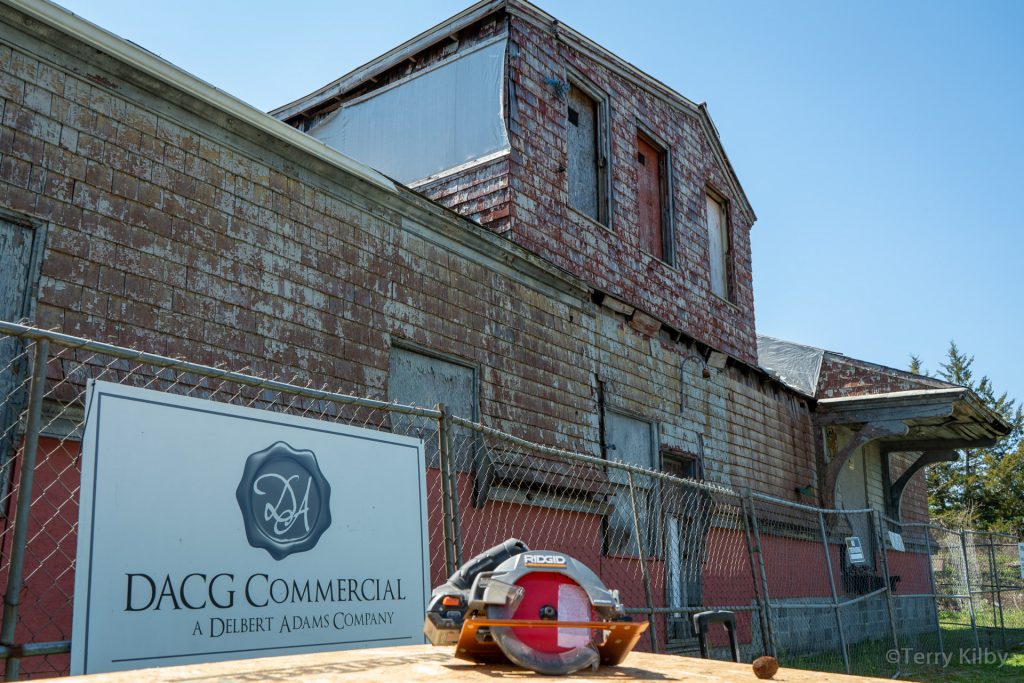 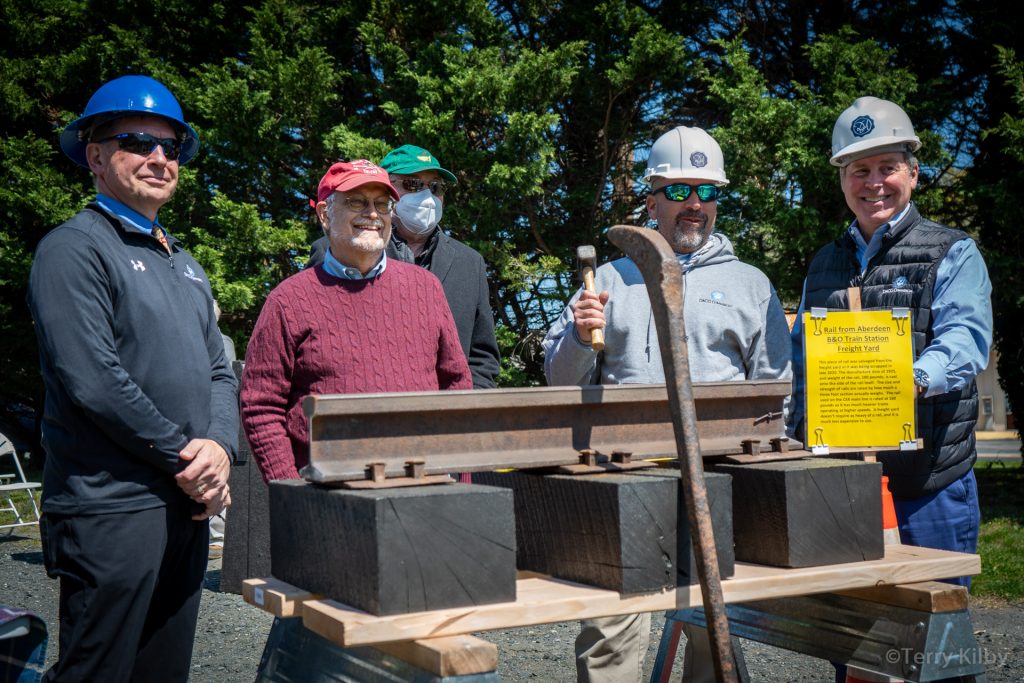 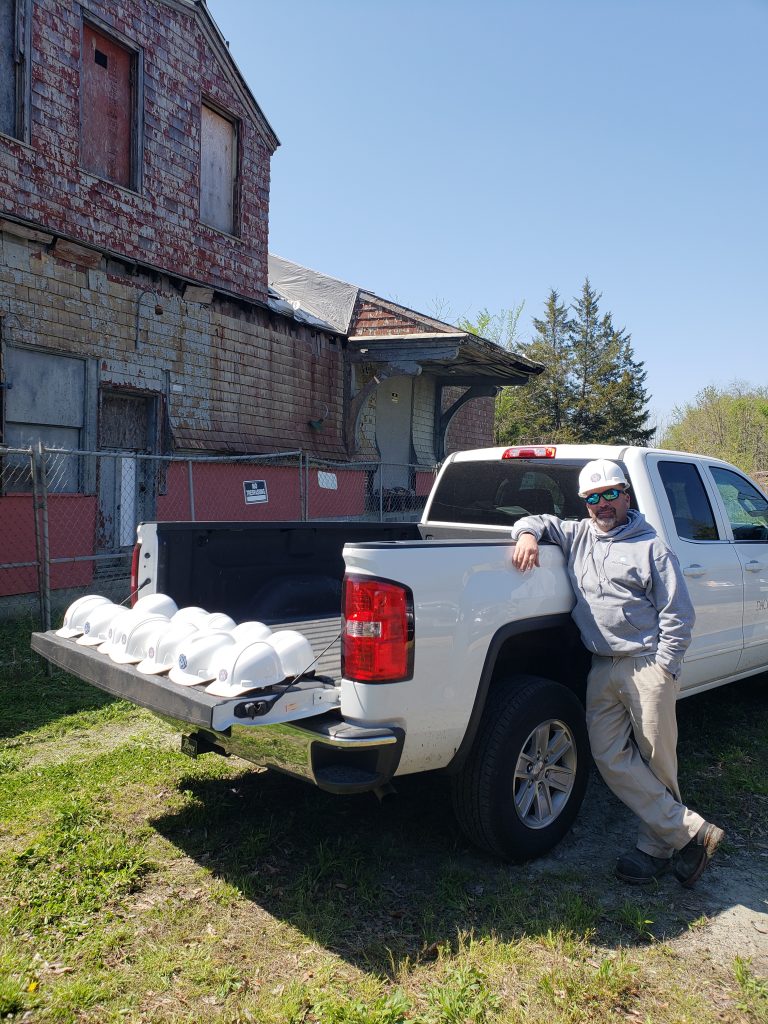 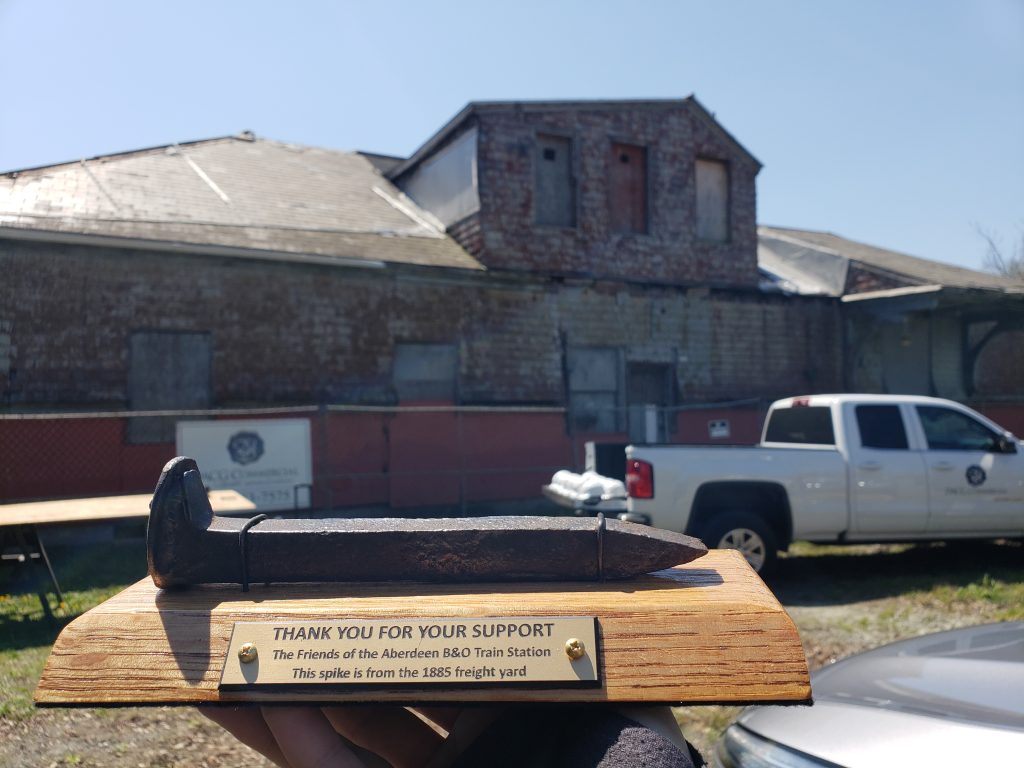 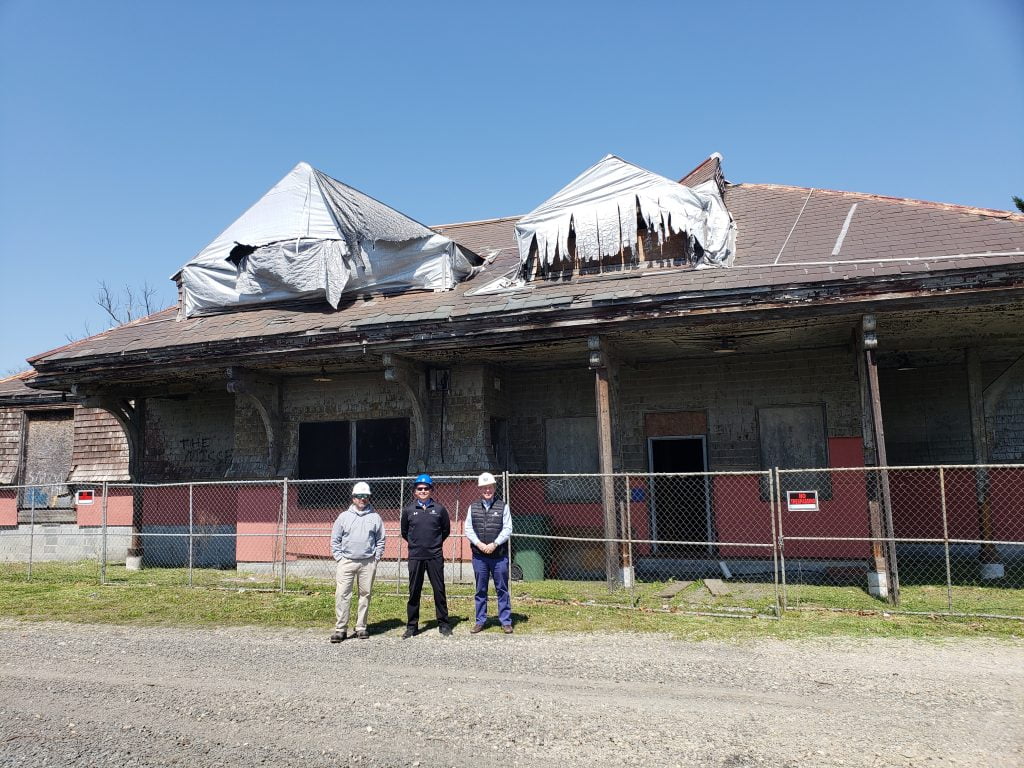 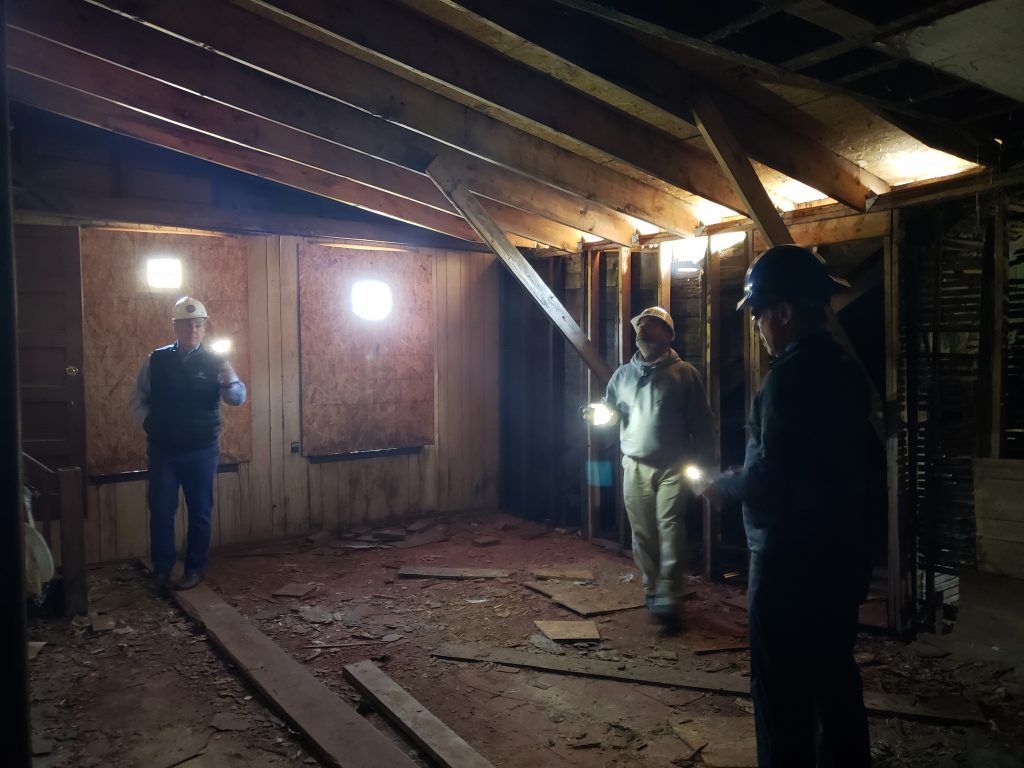 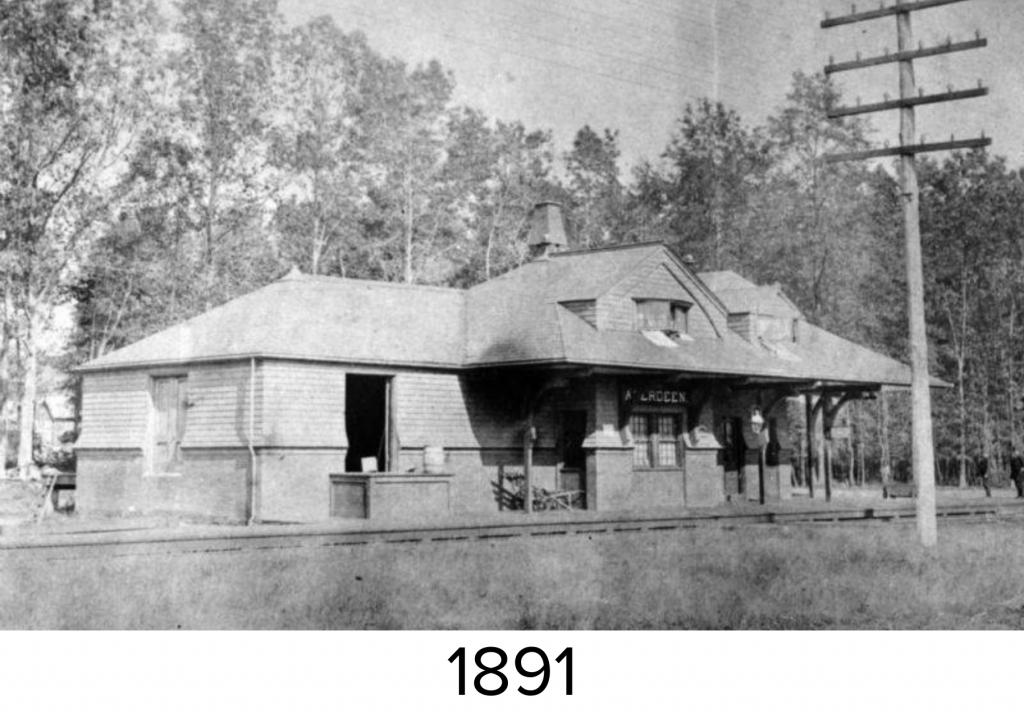 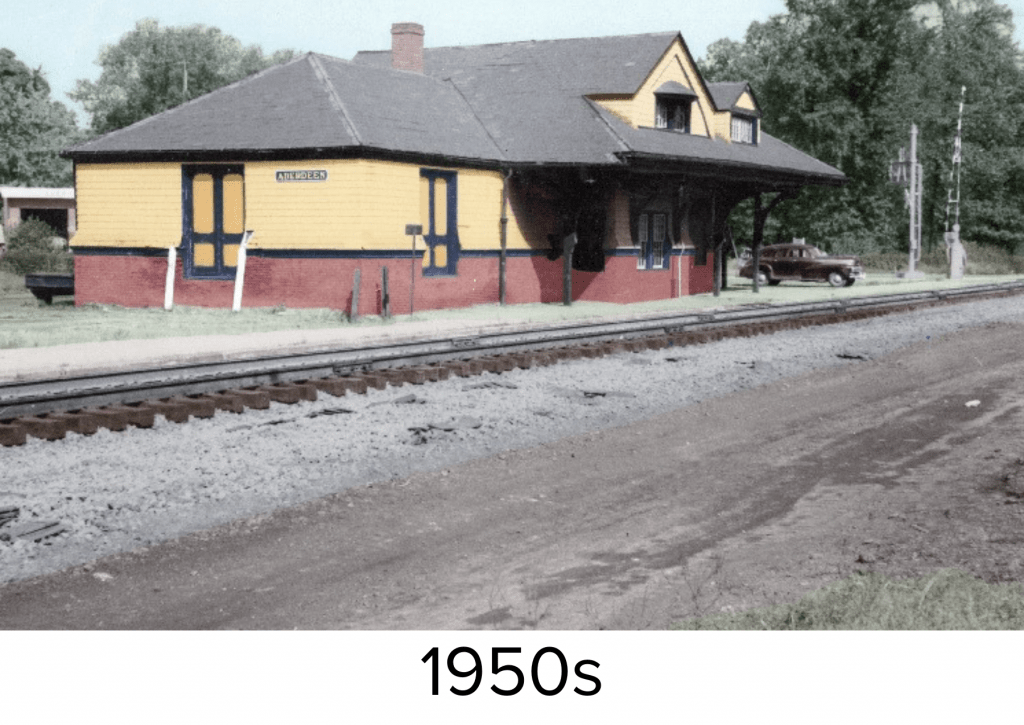 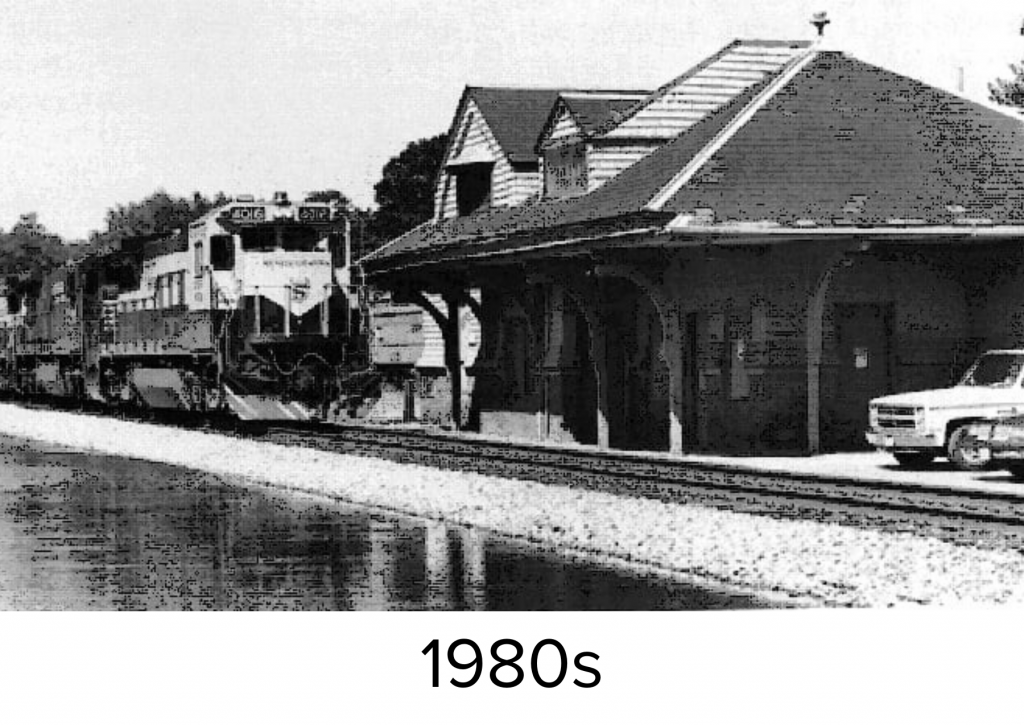 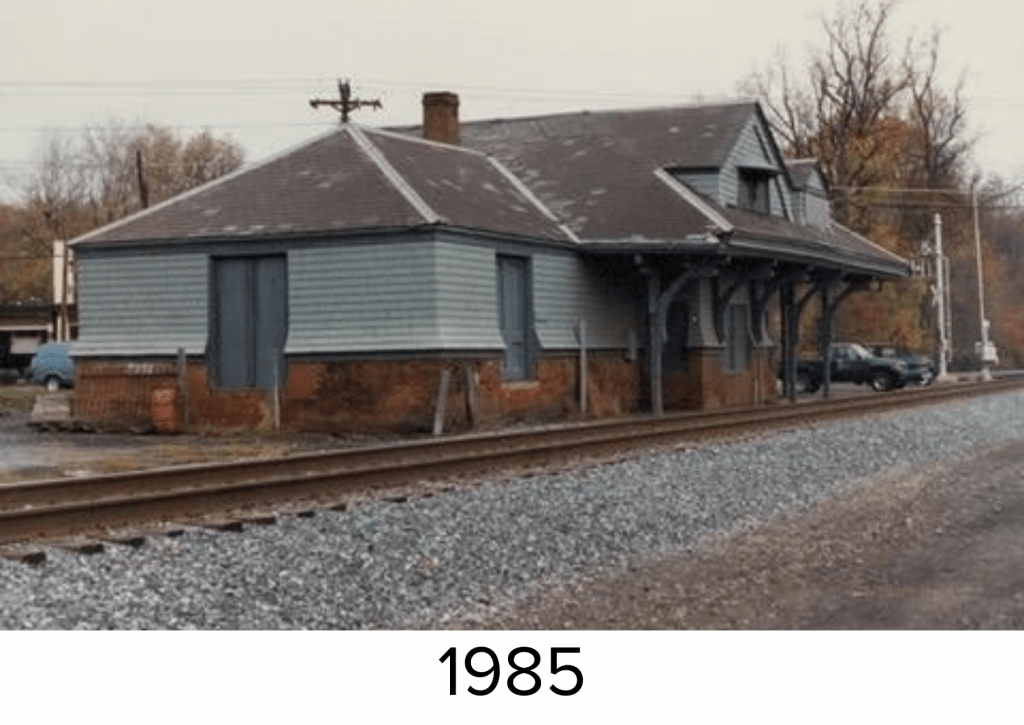 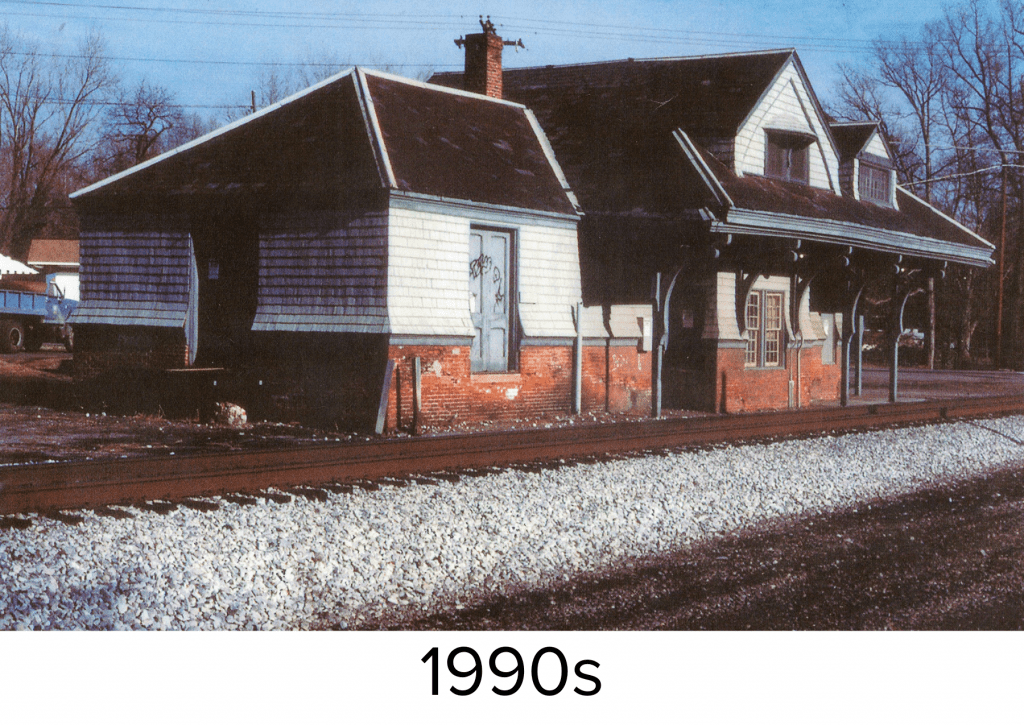 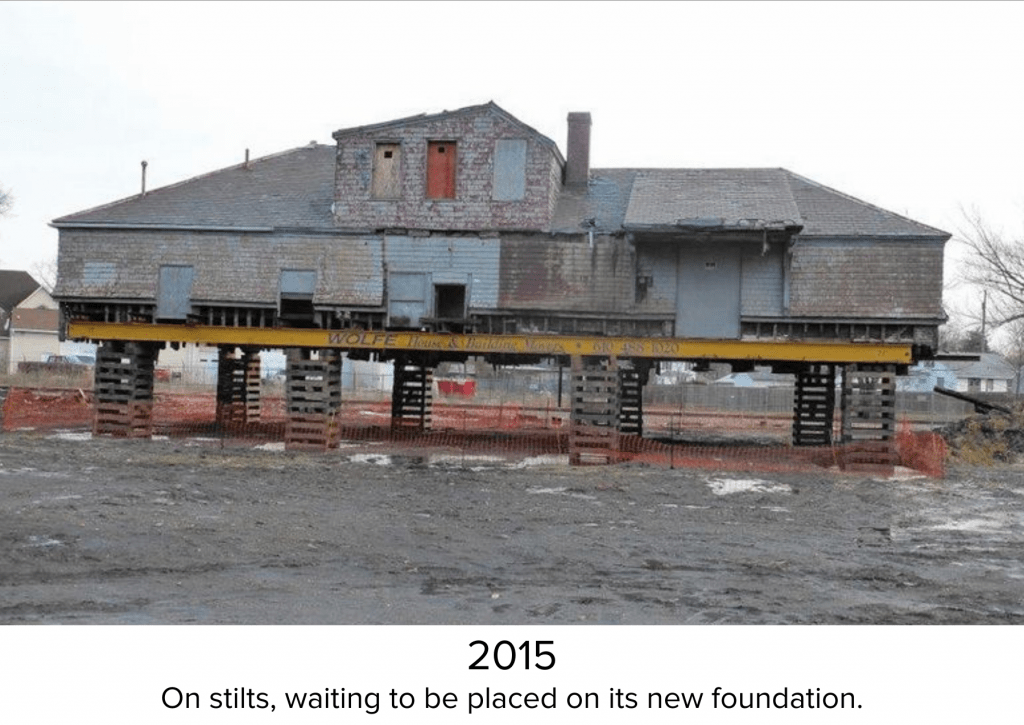 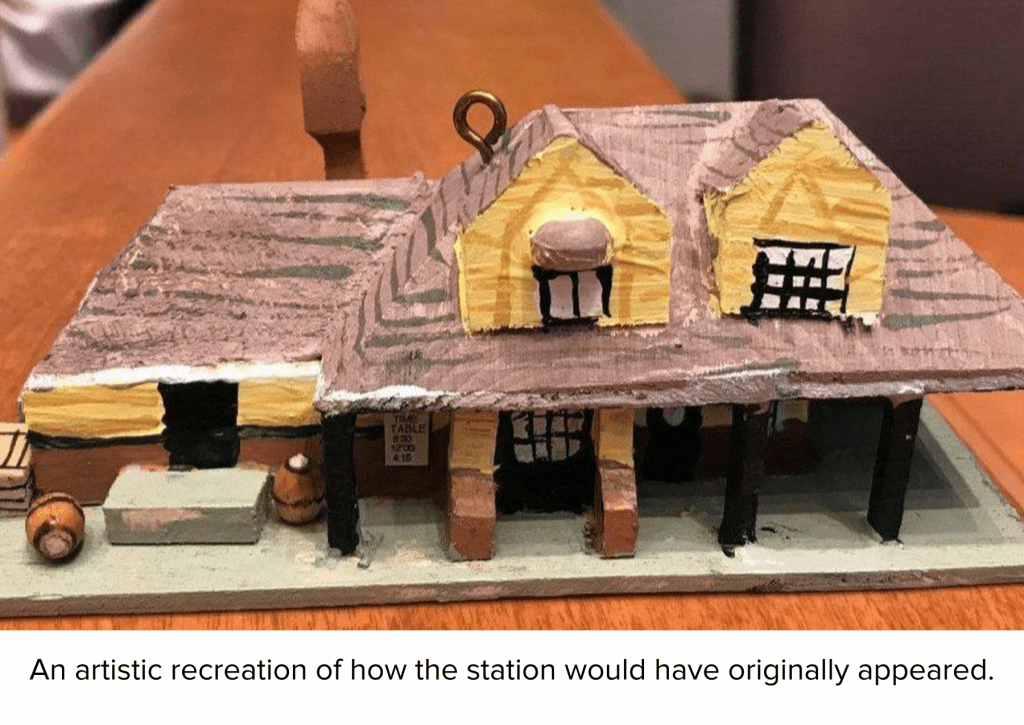 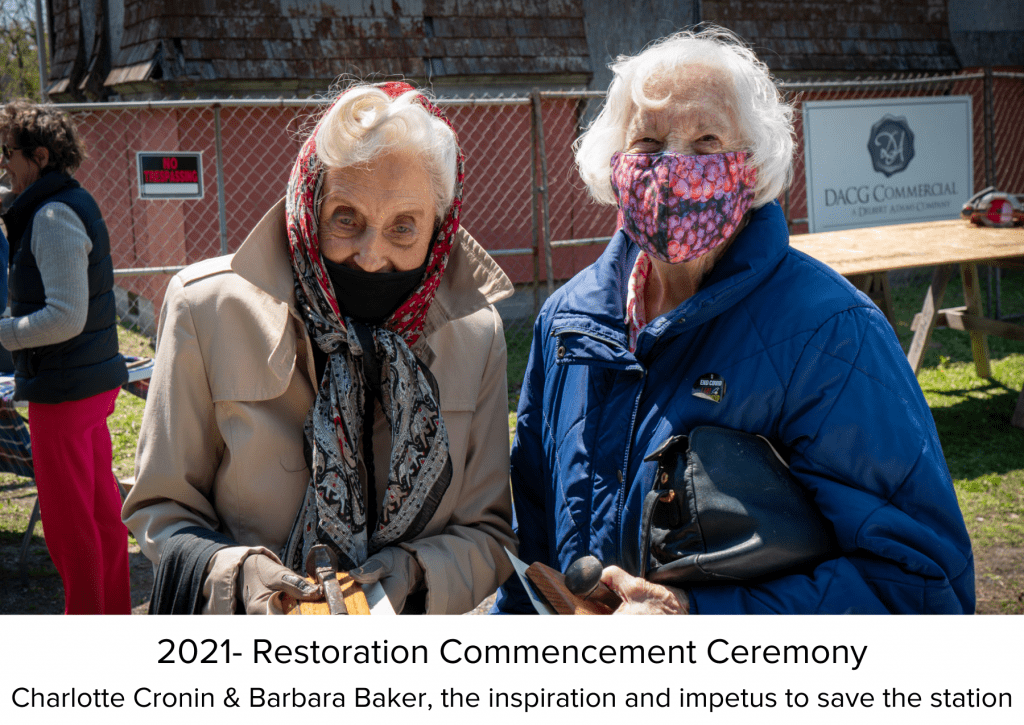 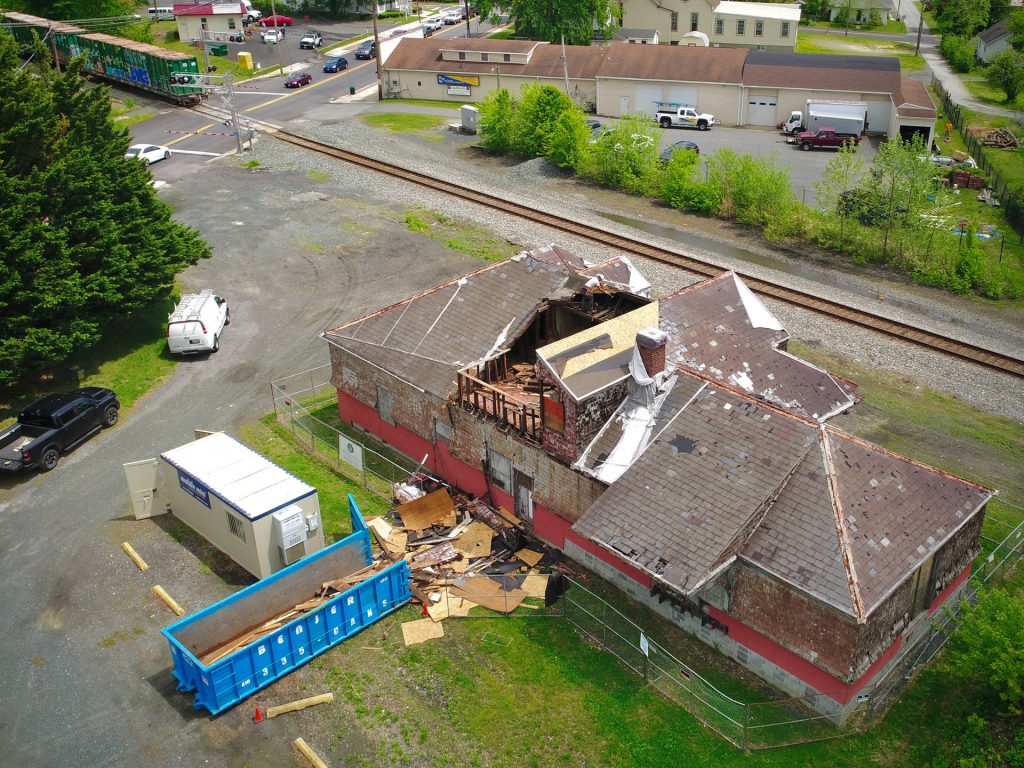 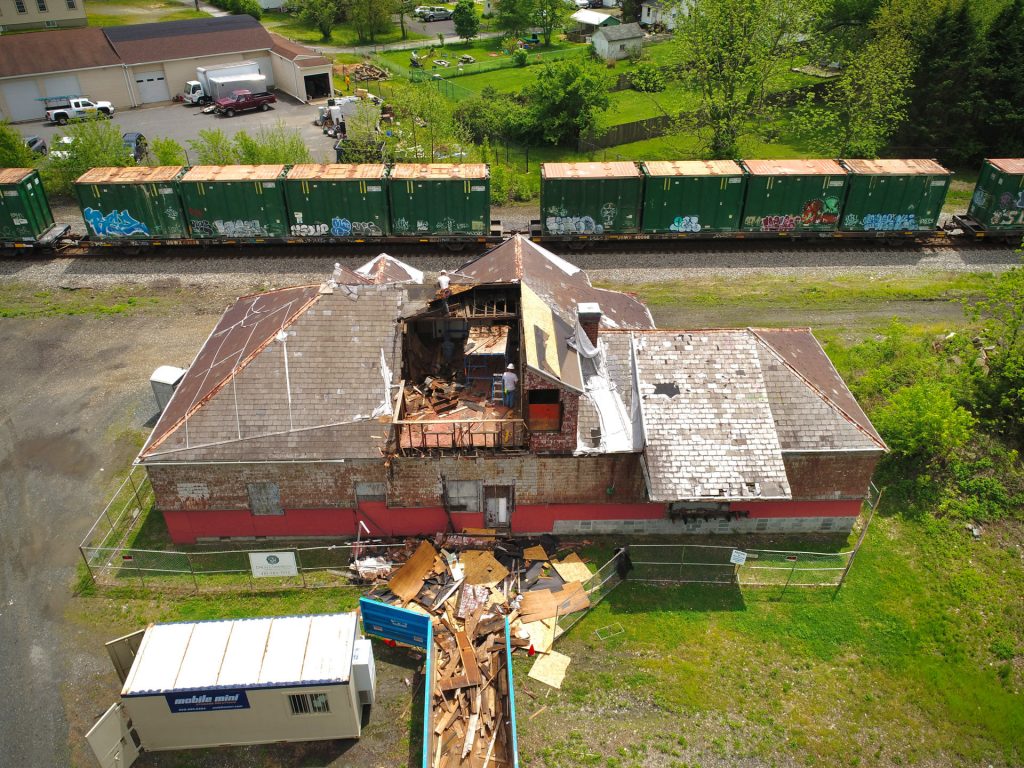 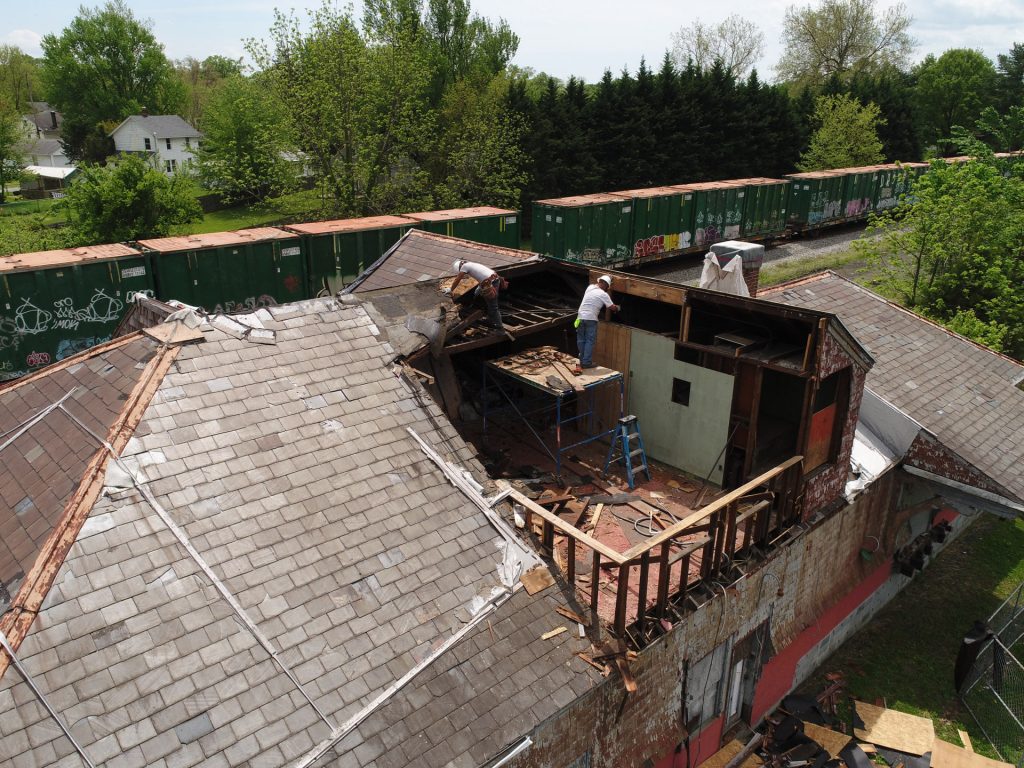 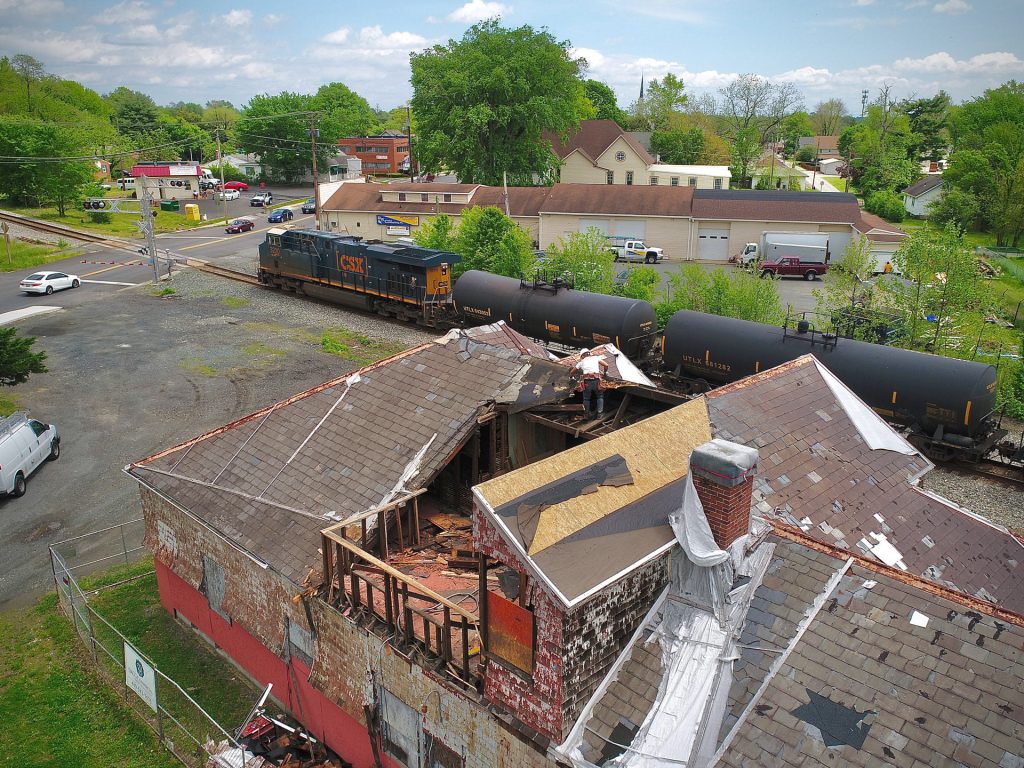